SAP is planning to add some new tools in the coming months to help integrate their business analytics software with Google Earth and Google Maps. With tens of billions of dollars in annual revenue, SAP is a massive company and this kind of integration will be incredibly useful for thousands of businesses around the world to get a better understanding of their data. 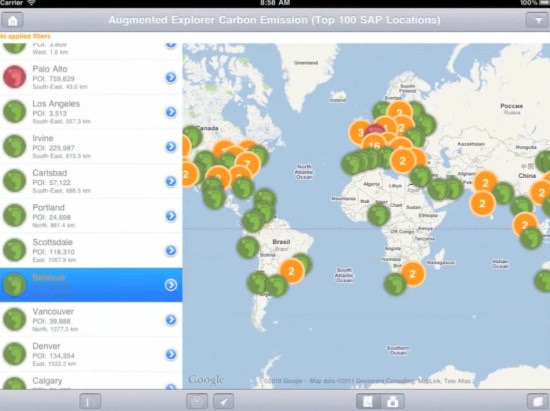 Given the widespread use of SAP and the volumes of data that companies have stored in it, the possiblities for geo-related use cases are incredible. Here are a few that SAP mentioned:
The new software isn't due out until later this year with the release of SAP's Business Objects 4.1, but they've already produced a video showing some of the features that will be included.
Posted by Ivan Tasev at 18:36